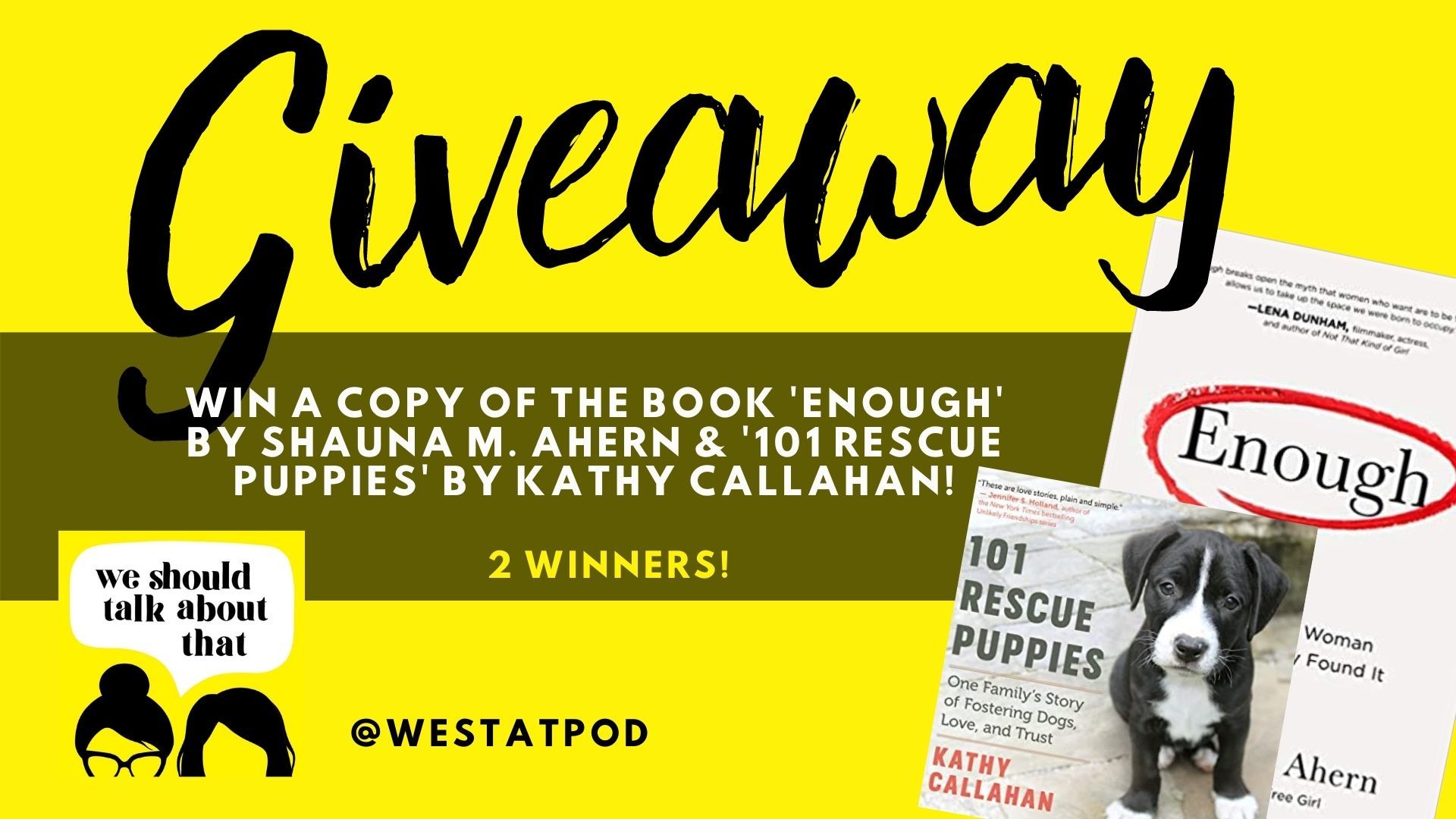 Action LInks - UP TO 5 ONLY

Thanks for your entry!

NO PURCHASE NECESSARY. VOID WHERE PROHIBITED. To enter, access https://www.westatpod.com/giveaway and follow the prompts to submit your entry. Limit one entry per person.  All entries must be received by 11:59pm on 9/30/2020.  No alternate form of entry will be honored. Sponsor not responsible for late, lost, incomplete, corrupted, misdirected entries, or for computer or computer network errors at any point. Use of automated devices or “bots” is prohibited. Sweepstakes entries become the property of Sponsor and will not be returned.

ELIGIBILITY: Sweepstakes is open to all U.S. Citizens other than employees of WeSTAT Media LLC, its affiliates, subsidiaries, advertising and production agencies, and their immediate families and household members are not eligible. Must be 18 years of age or older to enter as of promotion start date.   All federal, state, and local laws and regulations apply. Void where prohibited or restricted. By entering this Sweepstakes, participants agree to be bound by these Official Rules and the decisions of the Sponsor and/or its agents. Odds of winning prize depend on the number of eligible entries received.

PRIZES: two winners will be randomly drawn from all eligible entries received. Each winner will receive one copy of the book “Enough” by Shauna M. Ahern. Winner is responsible for all federal, state and local taxes associated with acceptance and use of prize. Prize is not transferable. No substitution of prizes permitted except at Sponsor’s option, including Sponsor’s right to substitute a prize of equal or greater value if advertised prize is unavailable.

DRAWING AND PRIZE REDEMPTION: Winner will be selected in a random drawing on or about 10/1/2020 from the aggregate of all eligible entries received. Limit one prize per person. Awarding of prizes will be conducted by Sponsor, whose decisions are final on all matters relating to the promotion. Sponsor will notify the Winner via e-mail using the address provided for entry. If the Winner cannot be contacted or does not respond within 72 hours of notification, an alternate Winner will be selected from the remaining eligible entries.  Any prize notification or prize returned as undeliverable will be forfeited and awarded to an alternate Winner. Prize will be mailed to the U.S. mailing address provided by the Winner.

LIABILITY: Prize acceptance constitutes permission (except where prohibited) to use Winner’s name and likeness for publicity purposes without compensation. Sponsor and its promotional and advertising agencies, and all respective officers, directors, employees, representatives and agents of each, shall have no liability and shall be held harmless by Winners for any damage, loss or liability to persons or property, due in whole or part, directly or indirectly, by reason of the acceptance, possession, use or misuse of prize or participation in this promotion. Sponsor reserves the right, in its sole discretion, to cancel, terminate, modify, or suspend part or all of this promotion should virus, bugs, unauthorized human intervention or other causes beyond the control of Sponsor corrupt or impair the administration, security, fairness or proper play of the promotion. Sponsor and its promotion and advertising agencies, and all respective officers, directors, employees, representatives and agents of each, are not responsible for technical, hardware, software or telephone failures of any kind, lost, interrupted or unavailable network connections, fraud, incomplete, garbled or delayed computer transmissions, whether caused by the Sponsor, users, or by any of the equipment or programming associated with or utilized in the promotion or by any technical or human error which may occur in the processing of submissions which may damage a user's system or limit a participant's ability to participate in the promotion. Sponsor reserves the right at its sole discretion to disqualify any individual Sponsor reasonably believes to have tampered with the entry process or with the operation of the promotion, or who is found to be acting in violation of these Official Rules. This Sweepstakes is intended and limited for play in the United States and shall only be construed and evaluated according to United States law.

WINNERS LIST: Winner’s first name, last initial, and home city/state will be posted at https://www.westatpod.com/giveaway after the Winner has been notified and their eligibility confirmed. To receive the Winners list, send a self-addressed stamped envelope to: [8511 Buckboard Drive, Alexandria, VA 22308 ATTN: WeSTAT Media.