Improve Afterschool & Summer Learning Success
Discover how school districts across the U.S. are doing it!

“In the past, we would only send out phone messages to our parents.  Now, we send flyers via Peachjar during the summer.”
- Raul Maldonado, Superintendent at Palmdale School District

Fill out the form to reveal a case study on how Clover School District achieved its goals with Peachjar's digital flyer platform. 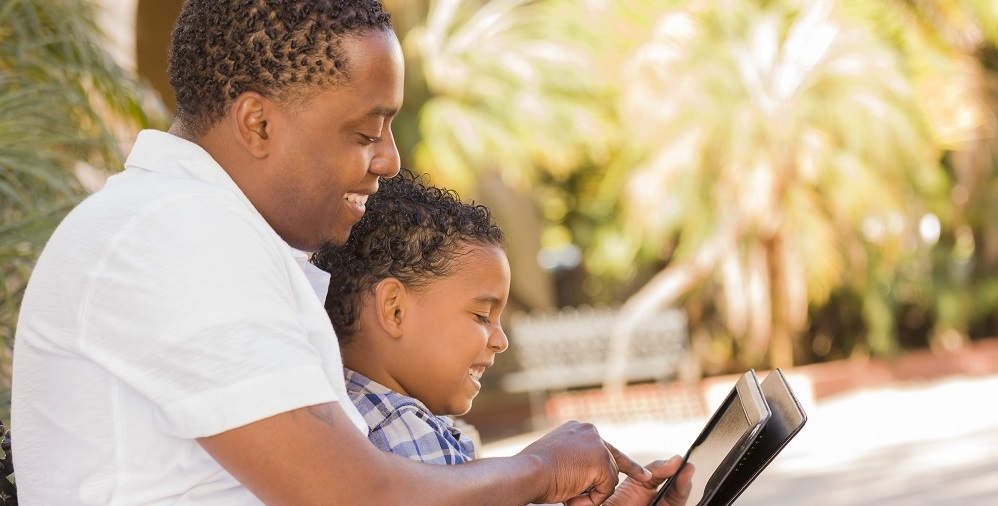 Clover School District (CSD) serves over 7,000 students and their families in the upstate region of South Carolina. For years, CSD sent flyers home to parents the way most schools do, in backpacks and student folders. Then CSD began to question the effectiveness of distributing paper flyers.

While students generally saw the flyers, CSD had no way of knowing whether they were getting into the hands of parents. They recognized that the vast majority of their parents were accustomed to receiving information digitally and wanted more convenient methods of obtaining it from the district. To improve communication with families, as well as to save time and money, CSD chose Peachjar to help meet this vital communication need.

Mychal Frost serves as the Public Information Officer for CSD. Among his responsibilities are approving flyers from community organizations who wish to distribute information at CSD schools. The district has had a flyer distribution policy in effect for several years, and Frost has found that Peachjar’s eflyer management system is a great fit.

Distributing digital flyers has resulted in significant time savings for school staff members, as well as reducing printing costs and the environmental impact of thousands of sheets of paper each month. “Using Peachjar for the last three months of the 2013-14 school year, we saved 96,460 sheets of paper, which equates to saving roughly 11 ½ trees,” says Frost. At an estimated cost of six cents per printed page, CSD saved nearly $5,800 during that period.

Along with quantifiable cost reductions, Peachjar helps schools allocate staff time more efficiently. “Peachjar has taken a tremendous burden off of each school’s staff,” says Frost. “Particularly at the elementary level, where there is typically a higher volume of paper going home from outside groups. The folks at those schools are in love with Peachjar. They no longer have to count, sort, stack, and paperclip flyers for delivery to the classroom. Until we began using Peachjar, I wasn’t fully aware of how much of a burden was lifted from the school staff members by distributing flyers online.”

Sonya Long, the school secretary at Bethel Elementary School is responsible for preparing and distributing newsletters from the school and its PTO, as well as distributing flyers to classrooms. “For our newsletters, we made hundreds of copies and sent home a lot of paper,” according to Long. It took hours to sort and distribute newsletters and flyers and there was no guarantee that they would make it home or that parents would see them. With Peachjar, both of those concerns are now eliminated.

Community organizations who hold activities and events for students have also responded positively to CSD’s use of Peachjar for eflyer distribution. “They benefit from knowing the message goes directly to Mom and Dad, rather than being stuffed in a book bag or tossed out the bus window,” says Frost. He notes that the local Boy Scout council has seen a significant improvement in their outreach efforts by using Peachjar.

In addition, the environmentally-friendly aspect of using Peachjar has been well-received by the community. “One of the first community organizations to use the service was a museum which was promoting an Earth Day festival,” according to Frost. “They loved the idea of using a green initiative to promote the event. It was a perfect marriage of organization and process.”

Discover how Peachjar supports afterschool and summer learning programs for communities and schools across the country.